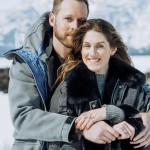 I used to be a bridal fashion editor and often saw Justin’s father and uncle at market way back then.  The apple didn’t fall far from the tree… Justin Alexander Warshaw  is the CEO/Creative Director of the Justin Alexander wedding dresses collection. He just proposed to his girlfriend Kelsey Anne Turchi. The couple began dating … 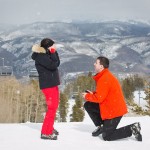 Jessica & Ross How They Met Hinge – Sept. 2014. We had 1 random mutual friend, and 1 mutual friend who was 2 years older in Ross’s frat at Cornell, and my pseudo-cousin. Neither of us vetted the other since. The connection was made that we both had studied abroad at DIS in Copenhagen, Denmark … 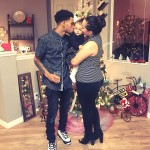 A Christmas in Florida Family Proposal

Ariel & Marquel How They Met We met at a party back in 2012, we were friends for a few years until May 30 2015 when he asked me to be his girlfriend. The Proposal It was Christmas morning we were in Florida visiting family, we were all in PJs and opening gifts, when he … 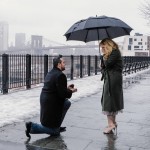 A Rainy Proposal in Brooklyn

Michelle & Gregory How They Met Greg and I met while we were both in law school in Lansing, Michigan. As fate would have it we would meet about 700 miles away from home in Michigan but be able to come home together. I live in Staten Island and he lives in Brooklyn Greg graduated … 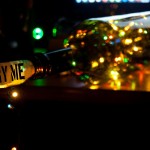 Nothing says love like a romantic stroll in the snow looking at Christmas lights or even a helicopter ride above snowy scenery. If you’re tech savvy, go beyond spelling your message on the roof and sync up your house’s Christmas lights to flash to the tune of a special song. She’ll be blown away. 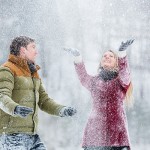 Breanna asked if we could do a snow engagement session and we of course said YES. We’re not bothered by working in all kinds of weather- it makes for interesting and creative images! Breanna arranged for her friend’s beautiful horse and carriage and secured permission for shooting at the location. Breanna also brought the antique sled. She’s a bride with a vision! 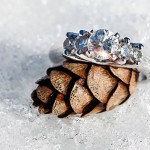 The Cutest Dog in the Snow Engagement Session 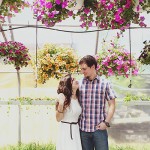 From a Winter Proposal to a Spring Engagement Session

Jon planned the whole trip! He invited two of our friends to come on our snowboarding trip to Whiteface Mountain in Wilmington, New York, January 2015. Jon booked a stay at a wildlife refuge since I love animals so much. 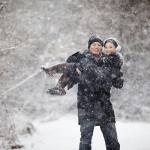 I obviously wanted it to be a big surprise so I figured I’d engage the help of my fiance’s boss. Lulu’s a school teacher and her principal was key in getting the whole plan down. I told him to arrange for her to go to the Huntington Library Gardens to obtain a school grant. This way she would be at work on the clock and not have any clue as to the surprise proposal. 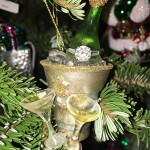 He Proposed Under Their First Christmas Tree

It was our first Christmas living together and we spent a lot of time decorating for the holidays, and were very proud of our first home and tree and it felt like the perfect place and time of year to make a memory.