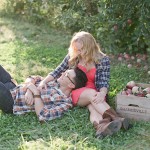 Have you ever gone to an apple orchard? Clark and I are coming up on our six-year anniversary and it’s something we’ve done since our first year of marriage. I don’t think we’ve skipped a year yet. 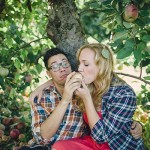 We met at the Philly Gay Pride Parade in 2012. My dad is gay, his boyfriend was participating in the event and Simon was just having a fun day off with a mutual friend of ours. We all met up, thanks to our friend John, and went for drinks after the parade. 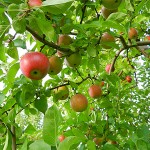 There is truly no sweeter season to fall in love than Autumn. With bright leaves and chilly temperatures that welcome sweaters (and arms around you shoulder), there’s something about these few, short months that can turn even the least romantic men into Romeos. Though he’ll probably be glued to the TV for football season on Sundays and Mondays, the rest of the week is all yours – and the date ideas are really endless. Here are four of our favorite fall date ideas that will make you head-over-boots all over again.