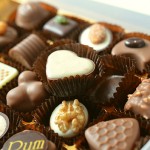 Proposing on Valentine’s Day can be cliché, but it’s also so romantic! And if it’s your girl favorite Holiday, it might be a great day to pop the question. Here are a few proposal ideas for you. 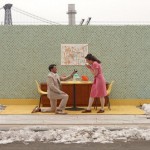 A vintage inspired Valentine’s Day proposal with a little help from Justin Bettman and his #setinthestreet project. How cute! 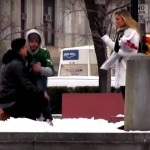 This proposal robbery prank has the witnesses of this public proposal gasp in horror when the engagement ring is snatched from the hand of the proposer as he’s popping the question! We don’t wish this on anyone but it’s pretty funny to watch. 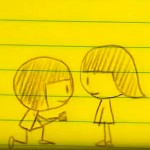 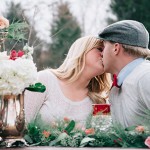 The glass cages hold about 25 people and it was packed with tourists. I tried to get Kirsten to move over to the non-crowded side, but of course it wasn’t much to look at. She could tell I was starting to get nervous and asked me “Since when are you scared of heights?” That’s when I got down on one knee and responded “It’s not every day I ask the woman of my dreams to marry me”. 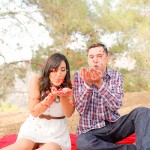 An Engagement Session with Lots of Hearts

We were having a beautiful dinner when he leaned over the table and pulled out an absolutely beautiful diamond ring. We were talking and mid-sentence, Sal grabbed my hand and said “Will you marry me?” 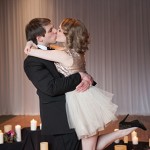 John and I met while we were in 9th grade back in 2007. We started talking, because I went to school with the drummer in his band. Both of us were in very serious relationships in the years after we met, but we always kept in contact. To make a long story short, the fall of our freshman year of college we reconnected after about a year of not talking, and then one thing led to another