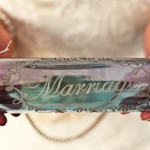 Time flies and sometimes it’s hard to capture it. A time capsule is a great way to share something meaningful with future generations or just with your future self. Troy made it into something way more special. 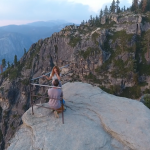 Zach proposed to Sandra on a cliff top in Yosemite Park in California. Talking about a proposal with a view! 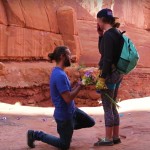 Seth and Nicole met on a great outdoor adventure. Nicole was repelling down the cliff in the canyon when she lost her footing, and Seth had to catch her going down! They didn’t know each other until then, and that’s when it all started. 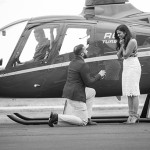 In March 2008, Asha found this very handsome guy walking around in a church camp not too far from Dallas, TX. She was very nervous to even approach him at the time and decided to wait till after the camp to add him on Facebook. This was our first time unofficially meeting. I remember how I wasn’t pursuing a relationship at the moment but after becoming Facebook friends we became closer. 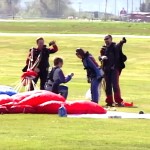 She means everything to me. I knew for sure that I wanted to marry her within our first year together, and I knew exactly how I wanted to ask her to be mine. 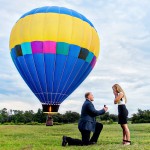 We met in undergrad where we attended Ohio University. Go Bobcats! Through mutual friends, we crossed paths, again and again, and again. We didn’t really get a chance to know each other until one summer night when I invited Corey over and we hung out on the balcony of my apartment talking for hours while we bingeate an entire box of popsicles. The rest is history! 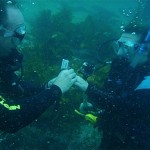 Planning an underwater proposal yourself? This amazing proposal video was sent to us by a very happy just engaged Facebook fan. 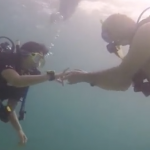 Victor and Edrea were diving off of Tioman Island. Victor held up the sign asking the big question, and got an “ok” sign from Edrea. I mean, it’s kind of hard to cry and say, “YES!” while you’re hooked up to oxygen. What makes this proposal extra gutsy is this guy doesn’t propose underwater and … 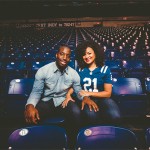 While Megan was in undergrad she traveled to D.C. for her friend’s birthday party to celebrate at a lounge. Vontae was not planning to go out that night, but being dragged by his brother he went to the same lounge. 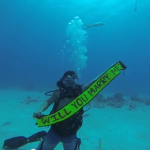 People truly come up with amazingly creative ideas. This is definitely a first for me. I am astounded that this guy worked this all out! Tiffany and Rick are pretty avid Scuba divers that always wanted to visit the Turks and Caicos Islands. Rick thought proposing underwater would be pretty neat, and it took him …