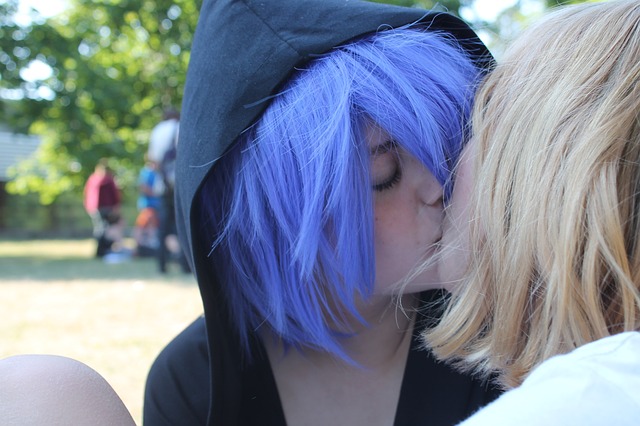 Gen Z is coming of age in a world that is experiencing a pandemic and the possible doom of the planet. It is and sounds pretty dark but is probably one of the reasons why a majority of Zoomers are embracing a wider spectrum of gender identity and opening themselves to relationships with whomever they fall in love with. Live and let live.

Some Zoomers (like the Boomers they love to hate so much did before them) even question monogamy as a lifestyle choice.  Such concepts as ethical non-monogamy or polyamory are being reconsidered… I have a strong opinion on monogamy and human pair bonding! Provided you  find your person, monogamy is awesome and one of the most amazing life experience you will ever have. However, I understand the need for young people to question everything.

As a community, it is important for all of us to understand how people live and love in 2021. Engagement 101 is an inclusive and diverse platform/community that helps couples propose and celebrate their engagement.  It is sometimes confusing to understand all the nuances and differences between gender identity, sexual orientation and lifestyle preference. We want all couples to feel welcome when they share their stories with us.  I just spent some time on the GLAAD website to highlight in this blog post what we should all be mindful about. LGBTQ+ lexicon is evolving fast and it is important to keep abreast of the right words to use to support all people and relationships.

The term “gay community” should be avoided, as it does not accurately reflect the diversity of the community. Rather, LGBTQ community is preferred.

We should talk about sexual orientation not sexual preference, a person’s enduring physical, romantic, and/or emotional attraction to another person. Gender identity and sexual orientation are not the same. Transgender people may be straight, lesbian, gay, bisexual, or queer. For example, a person who transitions from male to female and is attracted solely to men would typically identify as a straight woman.  Sexual orientation is the scientifically accurate term for an individual’s enduring physical, romantic and/ or emotional attraction to members of the same and/or opposite sex, including lesbian, gay, bisexual, and heterosexual (straight) orientations. “Sexual preference” is offensive as it used to suggest that being gay, lesbian, or bisexual is voluntary and therefore “curable.” People need not have had specific sexual experiences to know their own sexual orientation; in fact, they need not have had any sexual experience at all.

Gay The adjective used to describe people whose enduring physical, romantic, and/ or emotional attractions are to people of the same sex (e.g., gay man, gay people). Sometimes lesbian (n. or adj.) is the preferred term for women. Avoid identifying gay people as “homosexuals” an outdated term considered derogatory and offensive to many lesbian and gay people.

Lesbian A woman whose enduring physical, romantic, and/or emotional attraction is to other women. Some lesbians may prefer to identify as gay (adj.) or as gay women. Avoid identifying lesbians as “homosexuals,” a derogatory term.

Bisexual, Bi A person who has the capacity to form enduring physical, romantic, and/ or emotional attractions to those of the same gender or to those of another gender. People may experience this attraction in differing ways and degrees over their lifetime. Bisexual people need not have had specific sexual experiences to be bisexual; in fact, they need not have had any sexual experience at all to identify as bisexual. Do not use a hyphen in the word “bisexual,” and only capitalize bisexual when used at the beginning of a sentence.

Queer An adjective used by some people, particularly younger people, whose sexual orientation is not exclusively heterosexual (e.g. queer person, queer woman). Typically, for those who identify as queer, the terms lesbian, gay, and bisexual are perceived to be too limiting and/or fraught with cultural connotations they feel don’t apply to them. Some people may use queer, or more commonly genderqueer, to describe their gender identity and/or gender expression (see non-binary and/or genderqueer below). Once considered a pejorative term, queer has been reclaimed by some LGBT people to describe themselves; however, it is not a universally accepted term even within the LGBT community. When Q is seen at the end of LGBT, it typically means queer and, less often, questioning.LGBTQAcronym for lesbian, gay, bisexual, transgender, and queer. Sometimes, when the Q is seen at the end of LGBT, it can also mean questioning. LGBT and/or GLBT are also often used.

Intersex An umbrella term describing people born with reproductive or sexual anatomy and/or a chromosome pattern that can’t be classified as typically male or female. Those variations are also sometimes referred to as Differences of Sex Development (DSD.) Avoid the outdated and derogatory term “hermaphrodite.” While some people can have an intersex condition and also identify as transgender, the two are separate and should not be conflated. (For more information, visit interactadvocates.org)

Pansexuality is sexual, romantic, or emotional attraction towards people regardless of their sex or gender identity. Pansexual people may refer to themselves as gender-blind, asserting that gender and sex are not determining factors in their romantic or sexual attraction to others. Pansexuality may be considered a sexual orientation in its own right or a branch of bisexuality, to indicate an alternative sexual identity. Because pansexual people are open to relationships with people who do not identify as strictly men or women, and pansexuality therefore rejects the gender binary, it is considered by some to be a more inclusive term than bisexual. The extent to which the term bisexual is inclusive when compared with the term pansexual is debated within the LGBT community, especially the bisexual community.

Demisexuality A demisexual person does not experience sexual attraction until they have formed a strong emotional connection with a prospective partner. The definition of “emotional bond” varies from person to person. Demisexuals can have any romantic orientation. People in the asexual spectrum communities often switch labels throughout their lives, and fluidity in orientation and identity is a common attitude. Demisexuality, as a component of the asexuality spectrum, is included in queer activist communities such as GLAAD and The Trevor Project, and itself has finer divisions.

Gender Expression External manifestations of gender, expressed through a person’s name, pronouns, clothing, haircut, behavior, voice, and/or body characteristics. Society identifies these cues as masculine and feminine, although what is considered masculine or feminine changes over time and varies by culture. Typically, transgender people seek to align their gender expression with their gender identity, rather than the sex they were assigned at birth.

Transgender An umbrella term for people whose gender identity differs from the sex they were assigned at birth. People under the transgender umbrella may describe themselves using one or more of a wide variety of terms – including transgender. Some of those terms are defined below. Use the descriptive term preferred by the person. Many transgender people are prescribed hormones by their doctors to bring their bodies into alignment with their gender identity. Some undergo surgery as well. But not all transgender people can or will take those steps, and a transgender identity is not dependent upon physical appearance or medical procedures.

Use the pronoun that matches the person’s authentic gender. A person who identifies as a certain gender, whether or not that person has taken hormones or undergone surgery, should be referred to using the pronouns appropriate for that gender. If you are not certain which pronoun to use, ask the person, “What pronouns do you use?”

If it is not possible to ask a transgender person which pronoun they use, use the pronoun that is consistent with the person’s appearance and gender expression or use the singular they.For example, if a person wears a dress and uses the name Susan, feminine pronouns are usually appropriate. Or it is also acceptable to use the singular they to describe someone when you don’t wish to assign a gender. For example: “Every individual should be able to express their gender in a way that is comfortable for them.

Some people use the singular they to reflect their non-binary gender identity and/or gender expression.In 2015, The Washington Post updated its style guide to include the singular they to describe people who “identify as neither male nor female.” It is increasingly common for people who have a non-binary gender identity and/or gender expression to use they/them as their pronoun. For example: “Jacob writes eloquently about their non-binary identity. They have also appeared frequently in the media to talk about their family’s reaction to their gender expression.”

I hope this post was helpful! When it comes to jewelry that can be worn by all sexes (most jewelry is but it could be a designer’s specific inspiration for a collection) I love all these terms: unisex, gender fluid, gender neutral, gender free. But in the end, jewelry has no gender, jewelry is art. 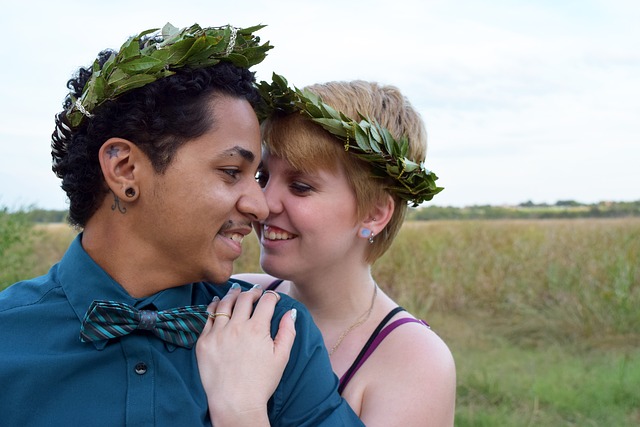