From the Groom: A little back story about Bryan and Kristen from the man himself. We both grew up in the same city but like 25 minutes apart. Different High Schools and different circles etc. But we actually met when we were seniors in High School at a church youth activity. It was speed dating of all things. And when I saw Kristen, I thought she was so cute and funny so I got her number right then and there and we started dating. Well, that didn’t last long unfortunately but we stayed best friends for awhile. Well when life was ready we met up again and picked up where we left off and now we have been dating for about two years and I’m ready to ask her to marry me. We love to do outdoorsy things together. We just hiked the Grand Canyon rim to rim last October, we both really love Disney everything, we love to try new food and new places and we are both pretty social in public settings. She’s a little more timid than me at first but once she warms up to you she shows those around her how amazing she is. Her and I just like to have a good time and not take ourselves so seriously and that’s what I love most about making her my wife. From the soon to be Mrs. on the day: So before the trip Bryan wasn’t the best at the subtle hints. He kept asking our friends how they proposed and what did they say. And he kept eluding to what I would expect from mine etc. But I didn’t put two and two together yet. We had this weekend trip planned to visit his cousins in Orange County, CA and once we got there is when I began to notice the small subtleties. My sister had asked me to go get my nails done and she kept pursuing and pursuing that my nails needed to be done. Which is out of character for her so I let her paint my nails. Then Bryan said we were going down to the beach to take some pictures together. I noticed he had a napkin in his pocket before we left. I wasn’t sure what it was but in my head it started to click. We approached the beach and we started to descend down the steep staircase. When we were reaching the bottom I could see the sand and once I was able to step foot on the beach I noticed the set up. Bryan acted cool and calm as if he didn’t know what it was doing there and then I quickly realized where this was going. He walked me under the arbor and under the lights, got down on one knee and said: Kristen, I wanted to take you somewhere nice, Kristen Bingham, will you marry me? It was short and sweet and so full of nerves but I get to be his wife and that is what matters. After we had our time with our photographer we finished off the moment with some sunset selfies of our own on the rocks, and celebrated the moment with a classic meal from Red Robin and I wouldn’t have it any other way. I get to be his wife. 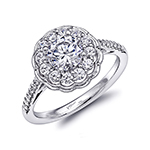