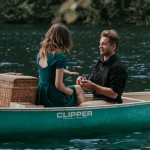 He told me we were going to a super nice restaurant for lunch and also stop at a cool spot along the way. So, we each got dressed up, luckily I had even done my nails the night before! He drove to Echo Lake in BC, Canada. 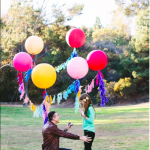 Phil the groundhog may have said there are six more weeks of winter, and judging by the weather I’m not sure we should argue with him, but that doesn’t mean it’s too early to start planning! If you’re waiting for some warmer weather and flowers before you pop the question, here are some ideas to … 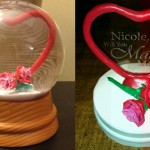 It was the middle of the afternoon, and since our dinner reservations were for later that evening, I had packed us a picnic snack. Well, that’s what I told her at least… So we headed to the park, picnic basket in hand, for a “snack”.

Spring is definitely in the air as May gets off to a great start. And what is the best way to enjoy this beautiful season? Picnics. Well…at least in my opinion. It’s great to do picnicking before it gets too hot with summer. And of course, picnics are incredibly romantic by themselves, but know what …