The other day I wrote about TV inspired proposals. Well, I just came across a really innovative proposal that just happened last month. The coolest (or weirdest…could go both ways) part was that it was based on the move, Jurassic Park. Apparently this couple was out recreating a scene from the movie when the guy … 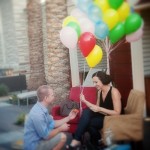 How To Budget For Your Marriage Proposal

It’s just like opening a birthday gift; the anticipation and the excitement of what’s inside the decorative packaging makes the moment even more memorable. Present the gorgeous ring to her not “over dinner” but in a more inspired way.

More »
A proposal straight from the movies

Every girl wants that movie-like moment. The big screen does make romance look pretty appealing and 10-times more magical than real life ever does. For this couple, the groom-to-be wanted to create that magic for his girlfriend Katie. Apparently she loves the movie 10 Things I Hate About You (then again, who doesn’t). So this … 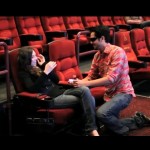 Proposing in a movie theater has become the hottest trend. If you’re looking for ideas, check out our five favorite movie theater proposals for some creative inspiration. 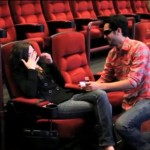 MysteryGuitarMan, a popular YouTuber, wanted to create the perfect proposal for his girlfriend. So he put together a slick movie trailer called “Blind Justice.” The silly trailer stars Dancing with the Stars competitor Chuck Liddell as some kind of angry, bumbling attorney. The trailer ends with Liddell marching into court with a machine gun only … 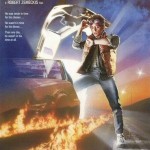 Back to the Future Marriage Proposal

Hopeless romantic Corey Goldfeder used the film Back to the Future to propose to his girlfriend. He rented a theater and filled the audience with friends and family. He told his soon-to-be fiance that they were attending a Michael J. Fox film festival. But about 20 minutes into the film the actors on screen suddenly …

I came across this video when I was surfing YouTube. Movie theater proposals are becoming pretty popular, but I thought this was an exceptional example. It’s the number one proposal on YouTube! Heres a little back story from Jeff himself: “I produced this animation as a way of proposing to my girlfriend (now wife), Natasha, …